Socially-distanced and following rules of course!

So many words have been written about the current situation and its effect on every person and every aspect of life, so I am only going to add a few of my own.
During this pandemic Christians are grieving for locked churches, cancelled worship, Holy Week and Easter spent apart but we have all in our own way journeyed through Holy Week and experienced the joy and hope of Easter more deeply than ever before.
Whatever our circumstances I have noticed how people strive to remain cheerful during these challenging days and we are finding a new appreciation for all that we have.  Many are saying that the world could be a better place if as a result of what we have been through we have learned how to live better.
Social media is often criticised for the harm it can do but it has been a vital means of people keeping in touch and it gave us this wonderful poem by Kathleen O’Mara.

And people stayed at home
And read books
And listened
And they rested
And did exercises
And made art and played
And learned new ways of being
And stopped and listened
More deeply
Someone meditated,
Someone prayed
Someone met their shadow
And people began to think differently
And people healed.
And in the absence of people who
Lived in ignorant ways
Danger, meaningless and heartless,
The earth also began to heal
And when the danger ended and
People found themselves
They grieved for the dead
And made new choices
And dreamed of new visions
And created new ways of living
And completely healed the earth
Just as they were healed. 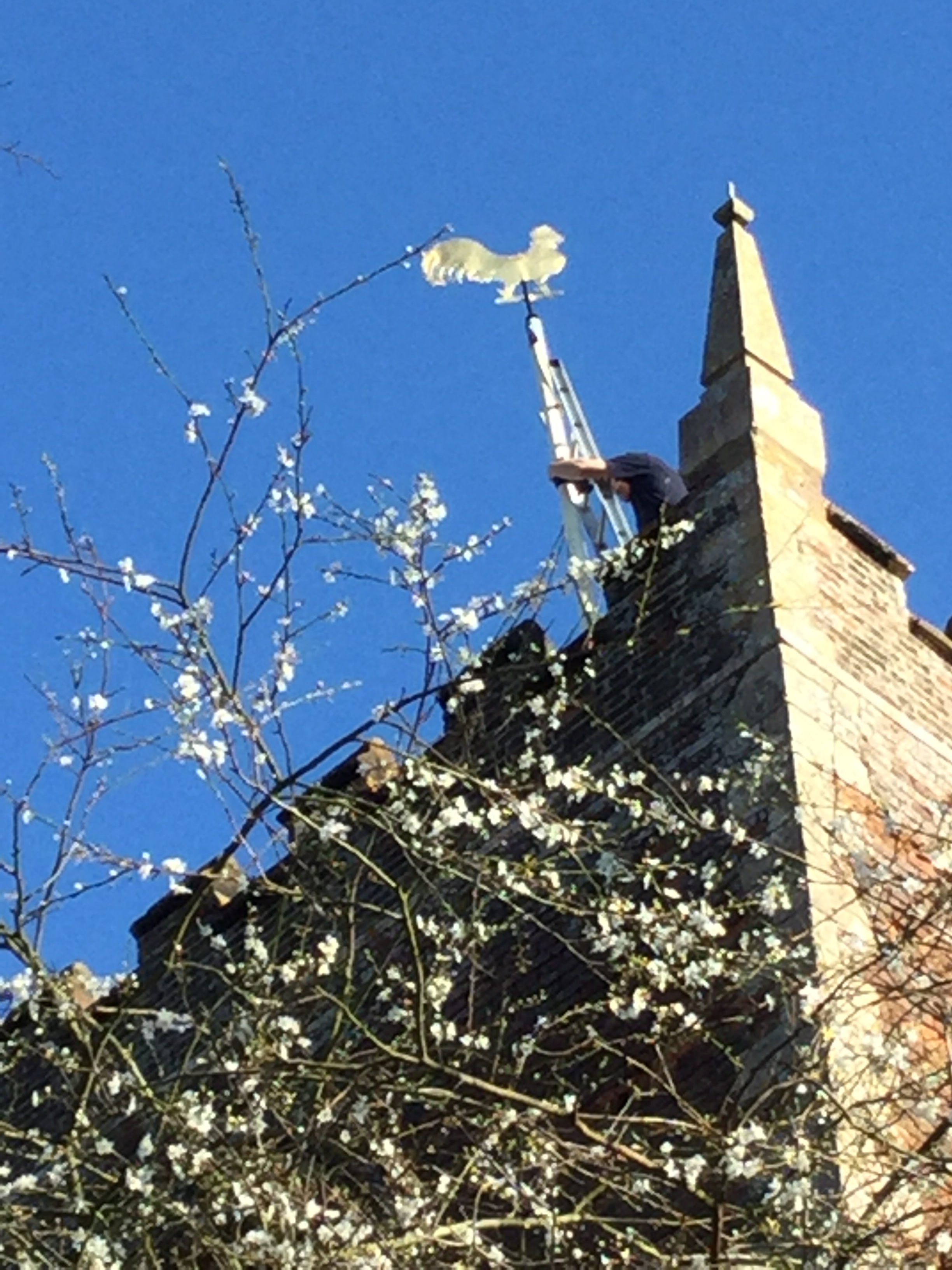 On a gloriously sunny day the Litcham All Saints cockerel, looking resplendent in his new coat of gold leaf, was hoisted to the top of the tower.  Te cockerel has been fully restored by S.  Michlmayr & Co in memory of Christopher Hanson-Smith, 1927-2018, through the kind donations of his family and many friends.